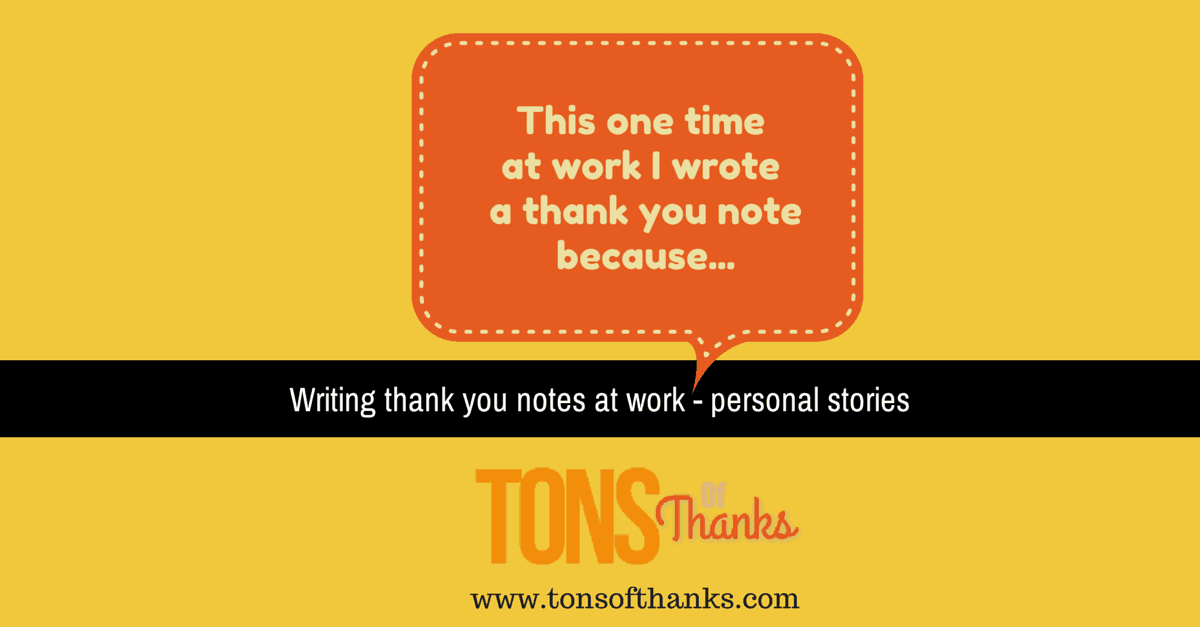 Many people spend more (non-sleeping) hours at work each day than they do at home. This makes for plenty of opportunities to thank those around you.

In today’s post, I will share actual stories of when I’ve written thank you notes at work. I hope they will inspire you to write some to your co-workers!

I forgot my purse and needed some cash!

I had a hair appointment that evening in the same city where I work. My commute to the office is 1 hour so going home quick to retrieve my purse was not the preferred option. I also didn’t want to take a half day of vacation to be able to go home and get back in time for the appointment. I decided to ask a co-worker for a short-term 1-day loan. She said yes!

She didn’t have the cash on her and had to find an ATM during lunch. She was happy to help me out even though it was an inconvenience to her. I wrote her a handwritten thank you note thanking her for helping me out in my time of need and placed the cash inside the note card.

Help with a project

This past August was one of the busiest months I’ve had at work. Part of this was due to a one-time project. For the final stage of the project, I worked with someone that was not on my team. Her involvement and hours put in were more than what was expected. She also did excellent work and helped this phase of the project go smoothly. When it was finished I wrote her a thank you note.

Earlier in the year, another co-worker figured out issues I was having with another project. He stepped in, helped me find the problem, explained the part of the process where I had gone wrong, and smoothed things over the recipient. I was very thankful that he helped as he saved me hours and hours of time if I would have had to solve it by myself. He also received a handwritten thank you note.

People, including your co-workers, like to be recognized for their efforts!

At my job, there is a system where we can thank people and they can receive a monetary reward. The amount can vary depending on the impact of whatever you are thanking them for had on the company. I think my co-workers may have felt ripped off I gave them a handwritten thank you note in place of the monetary reward that comes with the thank you submitted through the company’s system. So I did that too!

Earning Employee of the Month

This woman does not work in the same office location. I had to track down her office mailing address to be able to thank her. An email would have been much easier!

I wrote and sent her a handwritten thank you note. I also gave a thank you note to my boss and his boss as they were responsible for nominating me. If not for them, I would not have had the opportunity to be chosen.

For many years, I’ve been in the habit of writing a thank you note when I’ve received a raise, bonus, or been promoted. There was one year where I was disappointed with my annual raise. I was definitely not giving thanks in all circumstances!

I sent an email thank you note that year. My heart was not into and I was not able to pen the words. There was also a year, when I was not brave enough to write a thank you note. That may sound silly, but that is the truth. I had too much fear of delivering it and how they might respond (I’m over that now!)

Here are my posts with example messages:

The response I have received from co-workers has varied. Some still have not acknowledged the note (which is okay). Others have thanked me for the note and have them on display in their cube. The boss’s boss’s boss’s boss’s boss said in response to the note I sent for employee of the month: “Heidi, I really appreciate you sending me the thank you note…..what a nice surprise….” Her assistant told me she was impressed so she must not get many!!! Thank you notes can make you stand out!

I hope these stories have given you some inspiration to thank your co-workers! 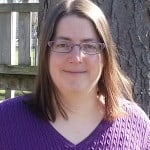 Heidi has been writing thank you notes for more than 30 years and is the author of A Modern Guide to Writing Thank-You Notes. Her goal is to help people write better thank-you notes by providing tips and examples.

4 thoughts on “Writing Thank You Notes At Work”

Tons of Thanks is a participant in the Amazon Services LLC Associates Program, an affiliate advertising program designed to provide a means for sites to earn advertising fees by advertising and linking to Amazon.com